Commonly referred to as FUMA (foo-mah), Fork Union Military Academy is located in the village community known as Fork Union, Virginia. This location provides peace and respite from all the hustle of the city and the pressures of everyday life. To further promote positive attitudes, the academy emphasizes the importance of positive peer pressure, or leading by example.

Baptist minister Dr. William E. Hatcher founded the academy in 1898 to fill the need of education for students aged 14 to 17. Fork Union adopted its current independent military curriculum in 1902 and has no affiliation with any branch of the US military.  Fork Union began its affiliation with the Baptist Association of Virginia in 1913 when it became an all-male institution.

The academy is accredited by the Virginia Association of Independent Schools. As part of the academic and military curriculum, the academy prides itself on teaching structure, discipline, and Christian values. Boys, grades 6-12 and postgraduate courses participate in 10 different athletic programs, multiple clubs, organizations and the academy rifle team.

Athletic teams sport the Blue Devils as their mascot. Participation in these extracurricular activities is not required but offers a change of pace from daily academic life.

Why Fork Union Military Academy? — In Their Words…

Educators have long recognized that the structure of a military-style environment can provide young men an essential grounding for success in the classroom, and in life. In such an environment, young men develop self-discipline, responsibility, and pride in their work, in their appearance, and in themselves.

Even public school systems in major cities today are turning to the military school model in an attempt to overcome problems such as overcrowding, lack of classroom discipline, and little (or no) student accountability or motivation. Some of these school systems have sent staff members here to Fork Union to observe and learn firsthand what it is that has made our school so successful through the years.

Many of the features that lead to our success cannot be emulated in the public school setting, however – or, even in most private day school settings.

As a private school, we can structure our curriculum (such as our unique One Subject Plan for the Upper School) to meet the needs of our students. We can preserve our single-sex environment to remove social distractions that come with a coeducational school. We can acknowledge and honor the Christian values that provide the moral compass for our daily lives.

As a boarding school, we can facilitate profound and long-lasting change in the life of a young man. Structure and discipline become the norms of his life, not merely the constraints he must put up with for the relatively few hours of his school day. Responsibility and respect for others are lessons learned 24 hours a day, 7 days a week at FUMA – not just between 8 a.m. and 3 p.m. on weekdays.

We know our system works. For proof, we need look no further than each year’s graduating class and its proud parents..

The goal of the military system at Fork Union Military Academy is not to turn young men into soldiers. Indeed, we have no affiliation with any branch of the armed forces. Rather, our goal is simply to use the best aspects of the military system to teach young men the value of being responsible for their actions, of doing on their own the work that needs to be done, and of working with others toward a common purpose.

We have identified a set of broadly agreed upon positive military courtesies, such as…

…and we have superimposed these values on our living and learning environment — in the classroom, the locker room, the dining room, and the dorm room.

At Fork Union Military Academy, our cadets are expected to tuck in their shirts, to say “Yes, sir” and “No, ma’am”, to stand when a lady enters, and to open doors for others. Our cadets learn to look others in the eye, address others with respect, and speak with confidence. Our cadets are taught to “sweep in the corners” — that is, they are expected to pay attention to detail, to be accountable for their actions, and to set high standards for themselves and others.

Our environment of structure and discipline helps to limit distractions and encourage students to focus on achievement in academics, athletics, and personal growth.

The Academy’s student body is organized as a Cadet Corps led by cadet officers who serve as members of the battalion staff, as company commanders, platoon leaders, and in other leadership roles.

The Upper School companies include four rifle companies (A, B, C, and E), the Retan Rifles honor company (home of the Academy’s color guard and precision drill team), and Band Company.

Military discipline is a constant at Fork Union Military Academy. Cadets abide by regulations of face the consequences of improper choices. Conduct expectations are made clear, and cadets are treated fairly and consistently. The primary goal of FUMA’s disciplinary system is to encourage responsible behavior while demanding that young men treat each other with courtesy and respect.

The Commandant of Cadets oversees the daily operation of the Cadet Corps and the proper enforcement of regulations through the demerit system. A cadet who receives demerits during a given month (in excess of the number allowed without penalty) must serve a penalty tour for each demerit received. This usually means a period of time spent marching during what would otherwise be his free time.

In contrast, cadets who maintain their demerit count below specific levels enjoy certain privileges, and are able to take full benefit of their free time on campus for activities, rest, or recreation.

A cadet who shows responsibility, consistent good conduct, and leadership potential can earn rank – first within his company, and perhaps later at the battalion level. Cadet officers lead their platoons and companies under the direct adult supervision of the Commandant and the members of his staff, known as Tactical Officers. These cadet officers learn valuable lessons about responsibility, the use of authority, discretion, and leading by example.

In other schools, young people might gain status based on their popularity, athletic ability, or the clique they hang out with. At FUMA, rank is earned based on true merit and achievement.

Fork Union Military Academy offers unique opportunities for young men to develop valuable leadership skills that will be used throughout their lives.

More information on Fork Union Military Academy’s commitment to leadership development can be found in this one page flyer describing the Academy’s Leader Development Model and LEAD Process.

The campus of Fork Union Military Academy provides a sanctuary from so many of the stresses of and pressures that confront young men today.

Located on 1,000 acres in rural central Virginia, the Academy is a beautiful and peaceful place, far from the noise and commotion of the city, the aimless adolescent wandering of the suburban shopping malls, and the powerful peer pressures of popular culture.

The siren call of negative peer pressure is a strong force in the lives of young men, but at the Academy, the balance of power is shifted and positive peer pressure is dominant. The Cadet Corps is led by a network of cadet officers – young men who have achieved rank by consistent good conduct and self-discipline. These young men are expected to lead by example. The vast majority of the Cadet Corps obey the rules almost all of the time. In fact, it is not unusual for a significant percentage of cadets to complete the year without ever having to march a penalty tour.

Drugs and alcohol are dangerous influences on a young man’s life and we take very seriously our responsibility to provide a school setting safe from such problems. Cadets found to be in possession or under the influence of drugs or alcohol are subject to immediate dismissal. The use of tobacco is also forbidden on campus.

Cadets are bound by their commitment not to lie, cheat, or steal, nor to tolerate such behavior by others. When a cadet violates this trust, he must face a council of his peers. Penalties for Honor Code violations are determined by the Commandant, upon the recommendation of the Honor Council.

Our cadets are expected to conduct themselves with kindness and respect. This expectation is reinforced and clarified in the chapel services and student assemblies held during the week and on Sunday mornings.

Our goal is to provide young men a framework within which they may apply themselves toward achieving their academic potential while growing as men of character and integrity.

While the Academy is proud of our affiliation with the Baptist General Association of Virginia, our student body reflects the broad diversity of religious belief found in our world.

An Outstanding Opportunity
Opportunity for Excellence

Most young men come to Fork Union Military Academy in search of a place where they can perform up to their full potential – a place where they can excel in both the classroom and the athletic field. These students find what young men have been seeking here since 1898: a challenging educational experience in a safe, structured environment where distractions are few and where every aspect of student life encourages academic achievement and personal growth.

A young man can undergo a profound transformation during his time as a FUMA cadet. His grades will improve and he will learn to respect others as well as himself. He will discover just how much he can accomplish when he is focused and works hard. The pride and confidence he displays will be earned fair and square.

At Fork Union Military Academy, a cadet will develop the hard-earned habits of success. He will learn to apply himself, to focus his efforts, to pay attention to detail, and to do all the work necessary for academic and personal achievement. He will know how to set goals and accomplish them. 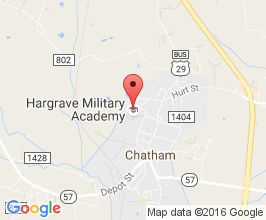